Benjamin C.
Před před měsícem
Benjamin C.
před měsícem
This is a good place; I stayed for several months. It's small, but comfortable. The kitchen has most everything you would need. The bed is great. The internet is fast and reliable. The views south over Prague are really nice. David was always responsive to any questions. Recommended!

Gordon B.
Před před 3 lety
Gordon B.
před 3 lety
David has been a great landlord and the apartment has been a wonderful home for us. It's in a great location and it's been easy to communicate with David.

Marco J.
Před před 3 lety
Marco J.
před 3 lety
David was great with communication and very helpful. The apartment was nice, with a balcony and updated amenities. The area was quiet and peaceful and I would highly recommend it.

Lizet W.
Před před 2 lety
Lizet W.
před 2 lety
I loved this place. The neighbourhood is great, quiet and has everything you need. The building is a bit noisy so sometimes you hear peoples loud music. (Happened to me ones a week) I met David in a rush, he never bothered me during my stay, but if I had needed him I'm sure he would have helped me straight away.

Only downsides are that most closet space is already filled so you're left with only one with dificult sized drawers with a chair in front of it. And there's no vacuumcleaner, so there are always some crumbs and dust on the floor. Overall I really enjoyed my stay. 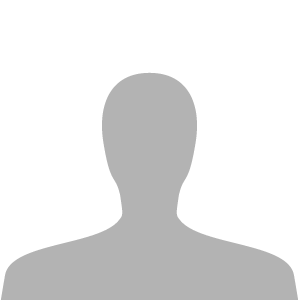 Kevin C.
Před před rokem
Kevin C.
před rokem
I stayed here for roughly 4 months and the apartment itself is very nice and also the location is good. There are supermarkets and some cafes nearby and the Tram is directly in front of the door.

However, I did have some problems in the end with the owner. I stayed there with my cat and when I left there was probably some of the hairs left on furniture. The rest of the apartment was clean. So, in total the apartment was at least as clean as when I moved in, since there were hairs of the prior person in the bed, cut-off toenails in the bathroom etc. But here is where the problem started with the owner. He didn’t come when I left and then suddenly later, he sent me a message demanding ~60€ as a cleaning fee. I resisted, because on one side the apartment was not perfectly clean when I moved in either and on the other side the demanded fee was way too high. The owner insisted on this amount and started to threaten me if I don’t pay it immediately. I compared the price to the prices of professional cleaning services. I could only look at the one with information in English and I guess they were already above average, but they charged around half of that price for a whole apartment and this was only about using some sticky hair remover for the furniture. When I confronted the owner with the results from my search, he suddenly changed his mind and we made an agreement and I paid some amount just to settle this case. However, I wonder whether he is trying to get 60€ from every person that stays there and then only does the minimum cleaning and this issue could have been handled much better than in his aggressive way.

Antoni K.
Před před rokem
Antoni K.
před rokem
David is super nice and helpful. Can't really imagine a better landlord. The flat is very pretty and welcoming. I shared it with two flatmates (I slept in the living room, they shared the bedroom) and we loved it. The lack of door between the kitchen and the living room was absolutely not a problem for me, especially that nobody had to pass through the living room to get to the kitchen. There are all the necessary amenities, as well as some extra ones like a toaster or a coffee machine (with a filter, for batch brewing). It is really a perfect home in a perfect location.